Big things are happening for Involution client, Neumitra, a Boston-based health startup on a mission to free the world of stress, one person at a time. Last week, at DEMO Fall 2012 — the conference for emerging technologies held at the Santa Clara Convention Center in Santa Clara, California — Neumitra launched Bandu, its ground-breaking product for stress monitoring and reduction. Bandu monitors your body's autonomic nervous system, alerting you to moments of high stress and providing personalized solutions and suggestions to help you reach a state of calm. At the conference, Neumitra won a coveted "DEMO gods" award, and was named by Tech Crunch as one of DEMO's most interesting startups. The deleterious health effects of stress are innumerable and under-appreciated: emotional and physical disorders linked to stress include everything from depression and anxiety to heart attacks and stroke. Bandu monitors your body’s stress levels via a watch-like device that measures a variety of metrics including skin conductance, movement, and temperature.

When you're in a stressful situation, the device alerts you, initiating actions via your iPhone to help mitigate the problem. Bandu might ask you to listen to music, play a game, or give a friend or family member a call. In addition, Bandu learns if the suggested activity lowers your stress and displays the results on your smartphone in real time. With Bandu, you can determine the sources of stress in your life and do something about it. 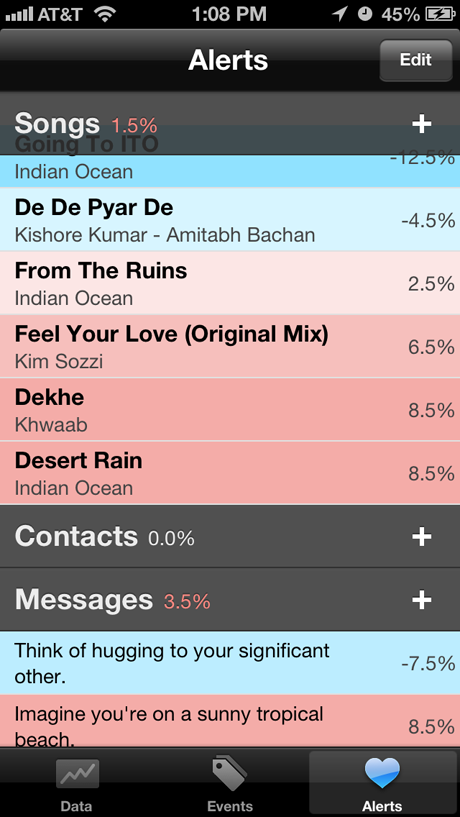 The Bandu app learns if the suggested activity lowers your stress and displays the results on your smartphone in real time.

Co-founded by neuroscientist Robert Goldberg, of the Massachusetts Institute of Technology, Neumitra has participated in the RockHealth Boston and MassChallenge business incubators. The company has secured seed funding from the founders of Yahoo! and Boston Scientific and is currently raising funds via an IndieGoGo campaign to pay for Bandu's initial round of production.